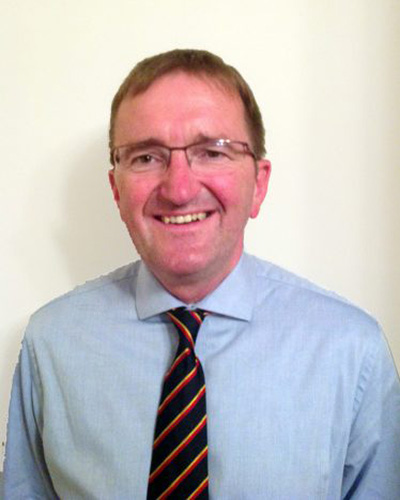 Stuart enlisted in REME on his 17th birthday.  Although originally to be a Vehicle Electrician, he re-mustered early in his career as a REME Clerk and served 17 years in the ranks in a wide variety of postings throughout the UK and Germany with operational tours in the Falkland Islands, Sinai and Bosnia-Herzogovina.  He was commissioned into REME in 1997.

As an officer he served in a number of Quartermaster appointments with REME Battalions and staff appointments at RHQ REME, HQ Quartermaster General, HQ Adjutant General and Army HQ Andover.  He was also the Army Careers Adviser for Bristol, Glos, and Somerset.  His operational tours included Iraq with 7 Battalion REME and two tours of Afghanistan with the officer training academies in Kabul.

Stuart left the Army in 2017 and remembering his electrician story, immediately qualified as an electrical engineer.  He has worked at the REME Museum and for RHQ REME in our new home in Lyneham since late-2017.  A politics graduate of the Open University he maintains an interest in politics and current affairs, walking and travel.  He regularly reviews the day’s newspapers on the BBC Wiltshire Radio Breakfast Show.  He enjoys all sports, he is a qualified cricket umpire who stands in Services matches throughout the summer and he and his wife are Bath Rugby season ticket holders.

He is married to Sara and they have two children, both now grown and flown.