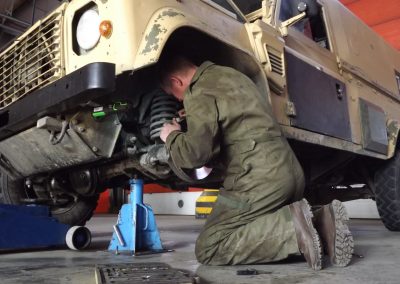 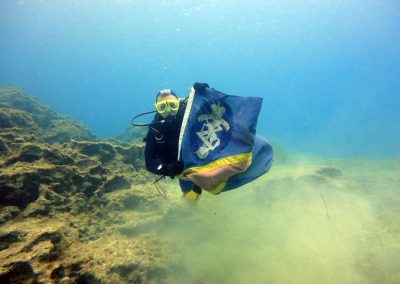 The Branch was formed in 1976 as a result of discussions between the late Lt Col Jim Walker TD and Tony Bethell, who was Officer Commanding, 73 Engineer Regiment Workshop REME.

The founding members of the Branch came primarily from 73 Engr Wksp and those who had served with 148 Inf Wksp REME in Derby prior to its disbandment in 1968.

Initially the Branch met in the Trent Bus Company’s club premises on Charnwood Street, Derby. There followed several moves to other locations in Derby ending up in the Royal British Legion Club premises in Green Lane.

By that time, the number attending meetings had dwindled to about five with the then Chairman, Harry Gill, also carrying out the duties of Secretary & Treasurer.

In 1996, it was agreed to try moving the meetings to “half way” between Derby & Nottingham where the facilities of the Sergeant’s Mess, Chetwynd Barracks were made available. The Branch started to flourish again with an influx of new members from 9 Armoured Workshop.

The Branch has continued to go from strength to strength since that time with new members continuing to join from units as far and wide as the Corps itself.

In 2003 the members voted to open up the eligibility to include immediate family members which again swelled the numbers attending meetings.

More recently, the numbers attending the Leicester branch dwindled to such a level that their Branch was no longer viable. Former members from Leicestershire Branch continue to join our Branch, which has enabled them to maintain their links with the Corps.

After the announcement (circa 2016) of the forthcoming closure of Chetwynd Barracks we needed to find a new venue. Encouraged by the new view of our Corps, 3Rs, we approached 148 Coy of 104Bn REME at Kingsway Barracks. Their OC was only too pleased to accommodate us. We held our first meeting there in April of 2017.

Our regular meetings are held in the bar of:

We usually meet on the First Tuesday of each month (With effect 1 April 2019) unless that happens to be a Bank Holiday. Exceptions will be highlighted.

The meetings start at 8pm; members usually arrive from 7:15pm to have a pint and a chat with friends before the meeting.
Bar facilities are available throughout the meeting, with refreshments after the meeting closes.

Upcoming meeting dates for 2019 are detailed below:

All meetings are currently suspended due to the COVID-19 pandemic in accordance with governmant guidelines.

There is no fee to join the branch, however there is an Annual subscription due on joining as a member and subsequently in February each year, this is currently set at £5.

We currently have no activities planned.