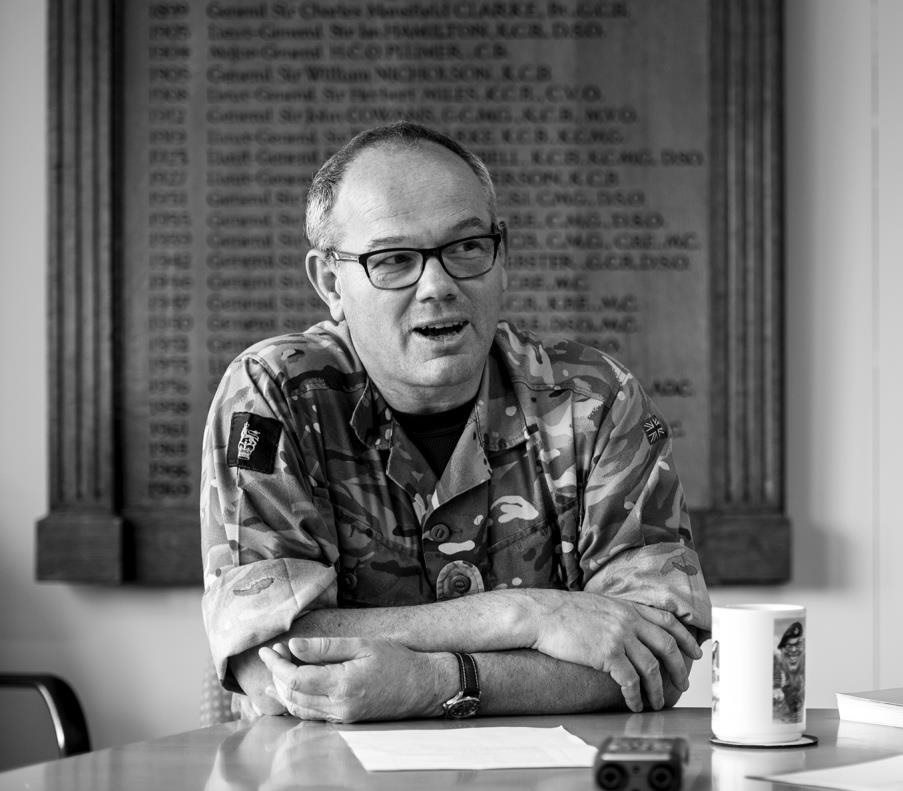 Commissioned into the REME in August 1983, operational experience encompasses the first Gulf War, tours to the Former Republic of Yugoslavia and Comd Force Support in Iraq in 2007. This last tour was completed while in command of 101 Logistic Brigade.

Staff appointments include; Head of Capability Expeditionary Logistics and Support in the Ministry
of Defence with responsibility for transport aircraft, support shipping and land logistics, Deputy Chief of Staff 3(UK) Division, Director of Equipment Capability (Combat Service Support), Military Assistant to the Master General of the Ordnance, Director General Logistics, Support and
Equipment within Army Headquarters, and Director Land Equipment in DE&S.

General Jaques was appointed Chief of Materiel (Land) and the Quartermaster General from March 2016 until June 2019 and was responsible for delivering a portfolio of new equipment and support for all three Services.

Married to Shulla with a teenage daughter, interests include; fly-fishing, skiing and enjoying country life in Dorset.